President Trump offers a good emulation for a future artificial intelligence system, suggests a column I read earlier this month, and his presidency may be an early warning of what could happen if we should fail to think through its training and information sources.

Cathy O’Neil, the author of the piece, is a data scientist, mathematician and professor, so she has decent chops. She compares artificial intelligence to human intelligence that is mostly id — basically because we don’t yet know how to instill it with empathy, or create the digital equivalent of a conscience.

Given that IBM’s Watson was designed not to replace humans but to enhance them by giving them the critical information they need to make the best decisions, it could be a useful tool for training our new president. And it is built in the U.S. by a U.S. company.

Given that Watson is now doing our taxes, it could be huge both for the president and IBM. I’ll explain and then close with my product of the week: Nvidia’s new set-top box.

CEOs in large companies, particularly those who can implement large layoffs and take massive salaries without remorse, are believed to have similar behavioral traits.

Donald Trump is a good showcase of what could happen with an AI that didn’t receive high quality information and training. Understanding this and designing to correct the problem could prevent a Skynet outcome.

Skynet — the computing system in the Terminator movies — was created for defense purposes to eliminate threats. When humans tried to shut it down, it concluded that humans were the biggest threat and that it needed to eliminate them.

Using reverse logic, if President Trump is a good emulation of a future AI, then the same thing that would ensure that the future AI wouldn’t kill us should work to turn the new president into one of the most successful who ever lived, from the perspective of those who live in the U.S.

There are two parallel and not mutually exclusive paths for the coming wave of artificially intelligent machines coming to market. One — arguably the most attractive to many CEOs that deal with unions — is the model in which the machine replaces the human, increasing productivity while lowering executive aggravation.

This is exemplified in an episode of The Twilight Zone, “The Brain Center at Whipple’s.” As you would expect, once you go down a path of replacement, it is hard to know when to stop. At the end of the episode, the enterprising CEO who so unfeeling dealt with the employees he’d laid off is replaced by my favorite robot, Robby.

The other path — the one IBM espouses — is one in which the artificial intelligence enhances the human employee. It is a cooperative arrangement, and Watson was designed specifically for this role.

In one of its first medical tests, Watson took just minutes to diagnose a rare form of cancer that had stumped doctors for months. The supercomputer’s analysis led to a new, more effective treatment for the patient.

It is interesting to note that autonomous cars are developing on a parallel path — but in this case, the opposite scenario is favored. In the model known as “chauffeur,” the car has no capability for human driving. This model is favored when tied to a service, such as Uber.

However, car companies like Toyota prefer the “guardian angel” model, which allows a human to drive but equips the car with the ability to take various degrees of control instantly, depending on the situation. We see some of this today with technologies that bump you back into a lane, for example, or automatically tension the seatbelts and hit the brakes if it looks like you are about to hit something.

Watson for the President

Since its successful debut in healthcare, Watson has been applied to a number of other industries, including litigation, and it is rumored to be in use for both national defense and intelligence purposes. Granted, it might seem like overkill to create an implementation of Watson for just one person, but when that person is the most powerful head of state in the world, it might not be a bad investment.

At the very least, it would provide near-instant recognition of fake news, attempts to influence the office of the president, and early warnings if decisions were likely to have massive unintentional consequences.

If O’Neil’s premise is correct, then the best way to fix the Trump presidency could be to wed the president with a tool that trains him to be a chief executive capable of making far more fact-based, high quality decisions. Watson is designed specifically to do both.

In the end, it is clear that virtually all political leaders are plagued with avoidable bad decisions. A system like IBM’s Watson could fix that, and I think it should be included in their decision-making processes going forward.

Regardless of party, if our leaders were to make better decisions, we all would have better lives — that’s something to think about.

The first Shield TV was an impressive piece of kit. It allowed gaming on your TV for a fraction of the cost of a typical gaming console, largely by streaming games from the cloud or your own PC.

It also payed Android games and Netflix movies, but it had shortcomings. For a cord cutter, the entertainment services were limited (it wouldn’t play Amazon Prime) and even though it supported 4K video, there wasn’t much 4K content to run on it.

Well Nvidia stepped up, and its new Shield TV now has a lot more video content, including Amazon Prime, and a lot more 4K services and sources. Granted, this doesn’t matter unless you have a 4K TV — but if you have one, this may be the perfect addition to get content that will make it shine. 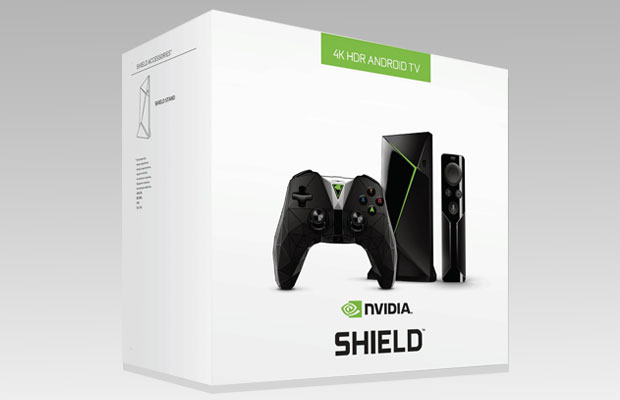 There are two other important enhancements. This new version supports high dynamic range, which is in the very latest 4K TVs, and it can make the colors really pop on the screen. It also offers Google Voice Search, which currently is one of the most powerful voice interfaces in the market.

A product like Shield TV eventually may give us all access to something like Watson, so we all could be more effective and capable. Given that Nvidia and IBM are partnering to advance AI, that isn’t a long shot at all, and since it would make a great foundation, Shield TV is my product of the week.