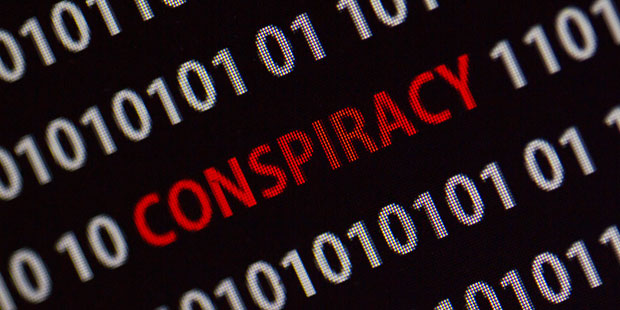 One of the most volatile conspiracy theories in recent times ended with a whimper last month, when Republican presidential candidate Donald Trump made the terse statement, “President Barack Obama was born in the United States. Period.”

Though birthers may be with us always, it seems that many have turned their attention to other potentially scandalous topics — and they need look no further than the place most conspiracy theories are born these days, the Internet.

Scientists recently made a discovery that might explain why Trump’s search for President Obama’s “real” birth certificate resonated with his supporters — those most drawn to his promise to “make America great again.”

Highly stressed people are more likely to believe in conspiracy theories, according to research published this spring in the journal Personality and Individual Differences.

Based on the responses of 420 U.S. adults surveyed, stress and discontent correlated with a higher likelihood of belief in conspiracy theories ranging from 9/11 being an inside job to the moon landing being produced on a Hollywood set, researchers found, regardless of the participants’ social status.

That offers some insight into why some people are more likely to believe, but it does not explain why they push away a preponderance of evidence in favor of the generally accepted answers to questions most people don’t even ask.

There always have been conspiracy theories, noted pop culture expert Paul Levinson, a communications professor atFordham University, who pointed to all the wild ideas that emerged in the aftermath of the JFK assassination.

“Anyone can write anything, and it can be viewed by millions in the blink of an eye on Twitter. Millions can, in turn, easily retweet the comment or image or link,” Levinson told TechNewsWorld.

One of the most popular conspiracy theories — one that’s likely to outlive this generation and the next — concerns the untimely death of Princess Diana in a 1997 automobile accident. That event occurred squarely at the intersection of two eras, spinning one of the first major series of conspiracy theories of the Information Age.

Suspicious circumstances surrounding the incident intrigued the world. Back then, newspapers were still alive and well, birds were the only ones tweeting, and posting meant sending mail.

Author and self-described Diana fanatic Roman Clay recalled how old-school TV and print media coverage of the princess’ death focused on certain details and missed many others.

Clay was surprised by the common perception that Diana had died immediately in the tunnel, as well as by the many other details that generally were unknown — for example, that it took 108 minutes to “rush” her to the ER, and that she passed away due to internal hemorrhaging.

“There were a few writers who questioned the official report and wrote investigative books on Diana’s death, but they received very little coverage in mass media,” Clay told TechNewsWorld.

So Clay, using the freedom fiction allows to fill in the blanks, wrote Death of the Queen of Hearts to publish his own theory and encourage more people to question the official line.

Coverage of the princess’ death certainly would have been a lot different had it occurred a decade or so later. These days, individuals can express themselves to a large audience over the Internet, and that’s definitely a plus, Clay said.

“Researchers into Diana’s death would be able to present the facts quickly and widely,” he noted, “but that easy access to the Internet also permits some outrageous theories that bring in aliens or lizard people, which thereby dilutes and buries other serious investigative research.”

Although news of Diana’s death traveled quickly, its dissemination was nothing like it would be today. Anyone with an Internet connection now has up-to-the-minute access to every detail, true or false — whether its the latest controversial police shooting, an Olympic diver’s tale of being held at gunpoint by Brazilian muggers, or the discovery that the diver’s story was fabricated.

The world’s current connectedness gives everyone a voice and a platform. However, voices that once were dominated now get drowned out by a crowd of blog, forum and social media posts.

Governments have harder time controlling their messages, noted Richard W. Lachmann, a professor specializing in comparative/historical sociology and political sociology at the University at Albany.

It’s a way around censorship, he said, pointing to the U.S. government’s inability to control information about the Iraq war, due in large to soldiers sharing impressions online.

“Compare that to Vietnam,” Lachmann told TechNewsWorld. “It took years for enough soldiers to come home and tell civilians that the reality of the war was very different from the government’s version.

As for terrorism, the Internet has increased the amount or rumors and conspiracies on the subject, he noted.

“That can induce panic and the feeling that the government does not have terror under control,” Lachmann said.

However, savvy government can take advantage of a climate of fear, he suggested.

“The Bush administration repeatedly tried to increase public fear after 9/11 to build support for the Iraq war and for others of its policies, and to win the 2004 election,” Lachmann maintained. “For those purposes, rumors about terror were helpful, even though they had no basis in reality.”

While the Internet has turbocharged the speed and distances at which conspiracy theories travel, that doesn’t necessarily mean more people buy into them, observed Joseph Uscinski, an associate professor of political science at the University of Miami and author ofAmerican Conspiracy Theories. 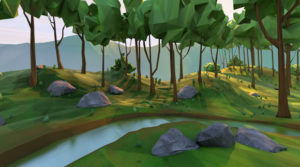