Watching the Republican debates has been a fascinating experience for me, because I started following Carly Fiorina when she first took over HP. I thought then and I still think that Steve Jobs was the only one to match her on-stage presence and skill set.

History has proven her assertion that it was HP’s board, not it’s CEO, that was the primary problem that needed to be fixed while she was there — although that also points to her biggest credibility problem now.

What is also interesting is that she refused to use her sex as a platform when she was CEO at HP and wanted to be considered as equal to a man. On a debate stage dominated by men, she kicks butt better than any of them, including Trump. However, Trump has one big advantage she doesn’t have, and it comes right back to her time at HP. He also has one huge disadvantage she doesn’t have.

I’ll offer more on that topic and close with my product of the week: Amazon’s amazing Echo offering, which is both amazing and a bit frustrating.

Carly Fiorina is amazing on stage. She is incredibly well rehearsed and seems to be able to do what only one other tech CEO I’ve followed has ever done: dominate the stage and hold an audience through what otherwise would be difficult concepts. That other person was Steve Jobs, and I’ve long thought it would have been interesting to see what would have happened it both were given an equally capable company and were forced to compete with each other.

When Carly did compete with Steve, Steve was backed by a very focused company staffed by people who likely would have sacrificed their kids for the guy. Carly ran a dysfunctional company with people that mostly didn’t seem to like or respect her.

At the heart of this was a largely dysfunctional board — evenly divided into two warring classes and headed by a powerless chairman who likely was selected because both sides saw her as nonthreatening (oh, and she had cancer).

Carly largely maintained that when she was fired it was more a problem with the board than a problem with her performance, and history has proven her right. After a series of CEOs, HP still looks to be in the early painful stages of a turnaround, even though companies like Apple, Dell and BMC successfully recovered during a fraction of the time HP has been taking.

It isn’t enough to point out a problem. To win, you have to fix it — and that didn’t happen at HP.

It is hard to get to specifics on what Trump wants to do. Like both President Carter and President Obama, he has suggested he will deal with big problems by forming dream team counsels focused on the problem.

The reason that didn’t work under Carter and Obama is that dream teams generally fail due to lack of leadership. Everyone wants to be the leader, and with a team staffed with leaders, you get a stalemate and no progress.

One of the most painful things for me to watch personally was the failed Iranian hostage rescue, because one of my neighbors was one of the marine pilots. President Carter wanted a dream team of the best from each military service so they could share the credit, but none of those folks had trained together, and the end result was that they basically took each other out in crashes. My neighbor ended up in the hospital for a considerable period of time.

What potentially sets Trump apart from Carter and Obama is that he takes advice from his counsels — he doesn’t delegate the decisions to them. He cares only about the credit he gets, and he is focused on success — not process. The end result is that he is likely to pick the idea he likes the best and run with it, pissing off most of his council and caring less.

Trump also seems expert at overcoming government bureaucracy — not just complaining about it — and, to my knowledge, he has never blamed a failure on an inability to work with his own board. This isn’t to say he doesn’t have issues; his vulnerability appears to reside in an inability to accept responsibility for mistakes or even to acknowledge that he has made them.

If you watched last week’s debate, you likely concluded, like I did, that Fiorina did the best by far of any of the candidates. However, her big problem is explaining how she will overcome a dysfunctional Congress when she couldn’t overcome her own dysfunctional HP board.

Trump, using similar tools to those that didn’t work for Carter and Obama, could be vastly more successful — but only if he can aggressively learn both from his own mistakes and from those of his predecessors.

Like a lot of you, I believe that putting another politician in office won’t work, but neither will putting an outsider in office who doesn’t even know and won’t learn the job. Both Fiorina and Trump have potential, but neither is yet where they need to be for success. Let’s see if they can get there in a little over a year.

I’ve been playing with the Amazon Echo for the better part of a week, and I’m both entranced and frustrated with the product. 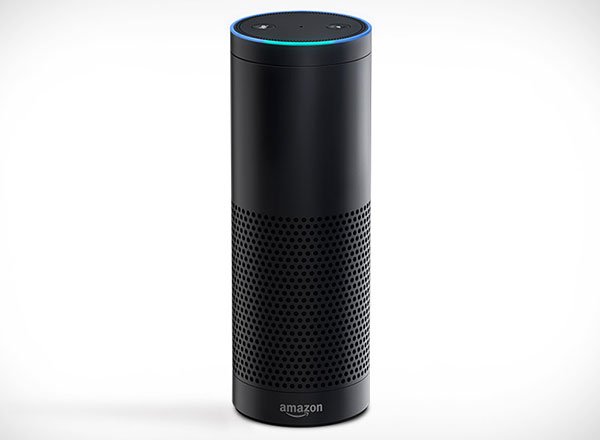 I’m entranced, because having a Siri/Cortana-like product in the living room is actually kind of fun. I’m frustrated because it isn’t easy to connect Echo to my Sonos audio, TiVo video or Insteon home automation systems.

You can in theory buy a hub from Samsung that will bridge the Echo and Sonos, but it is backordered. Even this fix won’t work with TiVo or Insteon (although it will connect to ZigBee or Z-Wave), and there is no physical audio connection, so you can’t plug it into any sound system or use headphones. It also isn’t very smart. For instance, if you tell the product to play mood music or top hits, it doesn’t appear to understand the request.

It is still enough fun that I find I’m using it more than my other music devices when I’m working, and asking it questions as often as I ask Siri or Cortana when I’m in the home. I’ll feel far better about this product when I can connect it to my Sonos and Insteon systems (Amazon sells both).

Still, at under $180, it is still well worth it — particularly for places like the garage, home office and kitchen, where giving verbal commands for background music is damned handy. Because I’d still buy this product despite it’s painful shortcomings, the Amazon Echo is my product of the week.