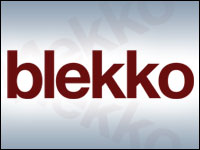 Blekko, a new search engine in the works since 2007,launched as a public beta Monday.

Like Wikipedia, the site leverages the work of volunteers; in Blekko’s case, theycategorize the Web in an effort to weed out malware-ridden and spamsites.

Curators do this by creating slashtags for topics they like, such as”U2/music,” for example. They can collaborate as they createslashtags and can slash through heavily spammed categories so userswill know to avoid them.

“We’re trying to use the Wikipedia approach to categorize the Web,bringing large-scale human curation to search not on asearch-by-search basis but a category-by-category basis,” MikeMarkson, Blekko’s vice president of marketing and one of the company’scofounders, told TechNewsWorld.

The idea behind slashtagging is to set up a curated set of websitesorganized around a particular topic. Users append slashtags to theirsearch queries, which limits search results to only the curated set ofwebsites.

“For specific types of searches, such as medical information, forexample, this model may well block a ton of spam and yield moremeaningful results,” Randy Abrams, director of technical educationfor ESET, told TechNewsWorld. [*Correction – Nov. 3, 2010] “But, just as anti-spam for email hasboth false positives and false negatives, this approach will offerfalse positives that mean the searcher may not get some potentiallymeaningful results.”

Initially, Blekko plans to identify the 50 best sites on the Web forthe top 100,000 search categories. The company will expand the numberof categories in the future.

The public beta includes a community platform that lets users worktogether as they create slashtags. This enables group editing ofslashtags.

“We’re really using the Wikipedia model,” Blekko’s Markson said. “Youbring people in and log everything so people can watch what otherpeople are doing and can flag suspicious entries someone makes.”

Will Blekko be able to cope with increased demands for servers andbandwidth if its concept takes off? The company has 800 servers in acollocated site in Santa Clara, Calif., and has “plenty of bandwidth,” Marksonsaid. “We’ll probably have to scale up more as we grow, but for nowwe’re handling that traffic and the site is zipping along.”

If the idea of Blekko sparks feelings of deja vu among those familiarwith the Open Directory Project, that’s becausethe same group behind Blekko was the one that launched that project, as well as newsaggregator site Topix.

Perhaps investors see that as ablessing — Blekko claims to haveraised US$24 million since it was founded in 2007. Its backers includeU.S. Venture Partners and CMEA Capital, and Markson said the company’sangel investors are Ron Conway, Mike Maples, Jeff Clavier and MarcAndreessen.

However, perhaps the ties to the Open Directory Project and Topix maybe more of a curse than a blessing.

“Those projects played well to small audiences but generally failed tobreak out of their niches,” Rob Enderle, principal analyst at theEnderle Group, told TechNewsWorld. “They had more the feel ofuniversity projects than general market offerings, and I fear Blekkomay well be more of the same.”

Another possible strike against Blekko is that it may not be as potenta protector against spammed sites or malware-laden sites as expected.

“Those who use the search engine will probably be less likely to hitrogue antivirus pages, for example, but it offers no protectionagainst legitimate sites that have been compromised,” ESET’s Abramspointed out. “Since more users will probably continue to use Googlesearch, Blekko’s impact on Web security may be negligible.”

Still, Blekko may have a shot at succeeding, if it can create its ownniche instead of competing with Google on the search giant’s terms.

“The hard part of competing with Google is that it doesn’t just haveone technology in search; it uses a lot of different techniques,” CarlHowe, director of anywhere consumer research at the Yankee Group, toldTechNewsWorld.

“The key for Blekko is to find a niche where users get much betterresults than they would with a Google search,” Howe added.

*ECT News Network editor’s note – Nov. 3, 2010: In our original publication of this article, Randy Abrams is incorrectly identified as Randy Abramson.
Get Permission to License or Reproduce this Article