Birch Buys Bebo Back for Just a Million Bucks 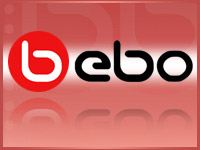 Remember Bebo? In its heyday, five or six years ago, the social networking site showed enough promise to be considered a possible rival to then-dominant MySpace — and to pull in an US$850 million purchase price when it was acquired by AOL.

What a difference a few years make. Fast forward to 2013, and Bebo is back on the social media map — this time because Michael Birch, its original founder, has bought the site back for a tiny fraction of that price.

“We just bought Bebo back for $1m,” Birch wrote in a tweet on Monday. “Can we actually re-invent it? Who knows, but it will be fun trying…”

From there Bebo promptly disappeared from public view, eclipsed by the rapid emergence of Facebook, which of course went on to dominate the social networking space.

On the positive side, the site today reportedly has 40 million total users and 22 million unique monthly visitors. It also has a developer platform for third-party applications.

Of course, it’s also going up against the well-entrenched, well-financed Facebook. Not only that, but it must overcome the aura of failure that surrounds not only it but other social media sites from that generation as well.

Is the challenge insurmountable? That remains to be seen.

Neither Bebo nor Criterion Capital Partners responded to our request for further details.

In many ways, Bebo is starting from such a low bar — and Birch is paying such a low price — that any progress would qualify as a success, Rich Hanley, associate professor and director of the graduate journalism program in the School of Communications at Quinnipiac University, told the E-Commerce Times.

“It’s like buying a house for cash at a steep discount, cleaning it up and stuffing it with off-the-shelf furnishings,” Hanley explained. “Is there a market for a retro social media site?

“Sure — its market may be limited to social media retro buffs who remember Bebo, but that may be enough to make it work at the bottom of the market,” he said.

The Passion of a Proud Papa

Then there is Birch’s obvious passion for the site, arguably his “baby.”

Birch clearly has been angling for control of the site for some time, according to Val Wright, principal of Val Wright Consulting.

Birch rejoined Criterion Capital Partners as a strategic advisor and investor in 2010 and then in 2012 filed a $5 million lawsuit against the firm, alleging that it was “destroying the site,” Wright explained.

Bebo filed for bankruptcy in May after the current owners couldn’t agree on the revamp strategy, she told the E-Commerce Times.

“Michael is driven by wanting sole ownership so he can call the shots on what happens next with Bebo; it appears he can’t let Bebo go,” she said.

“No parent wants to see their child fail, and the same can be said about founders and their companies,” Ari Zoldan, CEO of Quantum Networks, agreed.

Criterion Capital Partners “mishandled the company through office evictions in San Francisco, loss of financial standing to do business in Australia for nonpayment of fees, moving the company to LA without consulting the board, while excessively paying CEO Adam Levin,” Zoldan told the E-Commerce Times.

Birch will no doubt leverage his company, The Monkey Inferno, to aid in Bebo’s resurrection, Zoldan continued.

For Bebo to succeed in the long run, though, “the business model is going to have to change drastically, since there are already too many major players in the social media field, and both financial and operations management must perform at exceptional levels,” he added.

“Only time will truly tell,” Zoldan concluded, “if Bebo is ready for another go at greatness.”