Apple’s New iPod Gets in Touch With Gamers 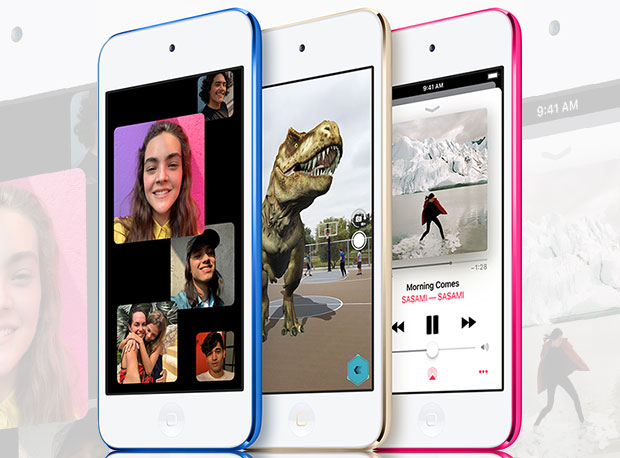 The new iPod is built on Apple’s A10 Fusion chip, the same processor used in the iPhone 7. According to Apple, the power upgrade delivers two times faster performance than previous models and three times better graphics.

The new iPod comes in six colors: pink, silver, space gray, gold, blue and red. It supports the latest version of Apple’s mobile operating system, iOS 12, which includes Group FaceTime, a chat feature for video or audio calls with up to 32 participants.

It also has an earphone jack, which Apple has purged from its other device lines.

“It uses an older but still capable A10 processor that has to be pretty cheap to manufacture, so the amount of engineering required to refresh the iPod touch was minimal,” he told TechNewsWorld.

“Apple can use existing technology and manufacturing infrastructure to build these devices, which helps to keep price points low and margins at a reasonable level,” said Andreas Scherer, managing partner atSalto Partners, a management consulting firm in Reston, Virginia.

“The new iPod touch is optimized for gaming, including immersive augmented reality experiences,” she told TechNewsWorld.

Apple’s team has added more immersive features to its AR, including shared AR, persistent AR (tied to a specific location), and image detection, the company noted. That makes it possible for the iPod touch to bring 3D objects like toys and sculptures to life.

The new iPod will be great for Apple’s new gaming service, which is expected to launch in the fall, Rua Aguete added.

iOS is the largest gaming platform in the world, Apple has claimed. The company plans to expand the platform with Apple Arcade this fall. Arcade will be a subscription service with more than 100 new games that can be played online or off without advertising or the need for online purchases.

Gap in the Market

Apple’s decision to move up the games value chain with a new curated subscription service, as well as to support the development of exclusive games for its Arcade platform, is a significant escalation of its commitment to the games market, Rua Aguete noted in a report on the company’s games strategy.

Microsoft, Facebook, Google, Amazon and others also have invested directly in games content and services, she pointed out. The commitments by these companies underline the importance of the games market as a central pillar of the broader entertainment opportunity.

“The games industry is huge, and these companies are making it a pillar of their broadband Internet strategy,” Rua Aguete told TechNewsWorld.

With Arcade, Apple has identified a gap in the market for a curated subscription product that supports unique and exclusive content, is not monetized through IAPs or ads, and is suited to specific demographics, including younger players, family audiences, and a cross-section of users who like to play premium games, Rua Aguete wrote in her report.

“For parents who might not want their kids to have access to cellular technology, the iPod could be the kind of standalone product they’ve been looking for,” said Ross Rubin, principal analyst at Reticle Research, a consumer technology advisory firm in New York City.

“Parents who hesitate at buying an iPhone for their kids will be happy to give them a good $199 device that allows them to play popular games,” said Rua Aguete.

Breaking in kids on an iPod can have another benefit for Apple, noted Salto Partners’ Scherer.

“There are numerous apps available that provide calling capabilities, assuming a WiFi connection is available,” he told TechNewsWorld. “In that case, the iPod becomes an on-ramp to an iPhone purchase down the road.”

This latest refresh of the iPod could be an effort to create a kind of low-cost alternative to the iPhone, observed David McQueen, research director at ABI Research, a technology advisory company headquartered in Oyster Bay, New York.

“With iPhones now having higher and higher price points, perhaps it is the ubiquity of WiFi and the abilities of FaceTime that could turn these latest iPods into viable, low-cost options to Apple’s mobile device stable,” he told TechNewsWorld.

The problem with that strategy is the competition, McQueen said. Demand for devices like the iPod has deteriorated massively over the past three to five years, owing to the growth in low-cost Android smartphones.

“These now come with increasing sizes of on-board memory, expandable memory slots, and access to music and video services such as Spotify over wireless networks that have created appealing value alternatives — all in one device,” he said.

Set against the price of an iPhone, these iPods may be viewed as a way to hit a new lower-tier market segment and improve Apple’s addressable market, suggested McQueen.

“The problem is that the majority of that low-cost sector has been taken up by Android devices, which can do all the iPod can do and more, so I reckon Apple will find it difficult to start carving out significant market share,” he added.

“Also, if you had an iPod you’d probably need to take a smartphone out with you too, which defeats the purpose a little,” McQueen noted.

Even as the new iPods begin to populate the shelves, the product’s future is uncertain.

“Given the gap between this iPod touch and the last one,” Rubin told TechNewsWorld, “the question about this iPod, as it was about the last one, is ‘Will this one be the last?'”