Apple, Nokia and RIM: The Incalculable Impact of Image

Apple is still doing relatively well, but its valuation is falling like a rock, while Nokia and RIM areascending from catastrophically low levels. Yet judging from Twitter feeds and relevant articles, it appears the people who disbelieve that Apple can fall are matched by those who can’t believe RIM and Nokia will recover.

From my perspective, it would have been a bigger surprise had Apple not fallen after Jobs departed — but given Apple’s earlier recovery, I’m a little surprised folks don’t think that either RIM or Nokia can come back. I think this speaks to how wrong our perceptions of companies can be.

I’ll close with my product of the week: the one product at CES 2013 I wanted but couldn’t figure outhow to buy.

I think we are slow to see change in companies partly because we apply human attributes to them. Apple’s personality is created by the generally positive press coverage on the firm — at least, recently — by the advertising we see in a variety of media, the stores we shop in, and the Apple employees we occasionally talk to.

RIM and Nokia are a bit more distant and have been defined of late mostly by the negative coverage that surrounds them. Over the last five years, we’ve come to believe that Apple can do no wrong, and neither RIM nor Nokia can spell “right.”

At the end of the year, the class of “geniuses” did incredibly well — they were mostly A students. In theclass of “challenged” children, most were struggling for Cs. As you’d expect, in the baseline class, there was a more even distribution of those who did well and those who didn’t.

The teachers’ beliefs caused a result in the kids that mirrored the belief. I still wonder what the parents of the kids in the “challenged” class had to say about this experiment when it was over.

Much like those kids, because we’ve been conditioned over time to believe that when Steve Jobs ran Apple, it was the company that could do no wrong. Now, even though the firm is very different internally than when it was run by Jobs, we still expect it to overachieve, and we figure that any miss is an anomaly.

Same with RIM and Nokia. Because they screwed up for so long, we’re skeptical. Now that both seem to be getting their acts together, we view every piece of good news as an exception and believe that they will soon return to their failing ways.

This actually works to Apple’s benefit — but not so much for RIM or Nokia. Strangely enough, Steve Jobsseemed to understand this from the start, because the very first thing he worked on fixing was the imageof 1990s Apple as a failure. He got that US$100 million investment from Bill Gates because folks saw Bill as the industry’s greatest success story back then, and if he was willing to bet on Apple, then Apple must be a success waiting to happen. Other investors jumped on board, buying Jobs the time he needed to develop the iPod and complete the turnaround.

This focus on image first was also what Louis Gerstner did with the IBM turnaround. One of his firstbig moves was to nearly completely replace IBM’s marketing department and fund image work so thatpeople saw IBM as successful again. Once that was done, actual recovery — for both IBM and Apple — wasonly a matter of getting the plumbing right.

If people don’t come around and start believing RIM and Nokia can improve, then they won’t invest in thefirm’s technology or stock as aggressively, which will make their turnaround efforts far more difficult.This could work for or against Apple.

While you’d think that the continued positive feelings toward Apple would be a benefit, that has not been the case historically. Rather than buying a company more time to turn its problems around, it tends to delay critically needed changes. We saw this with early Apple, then later with both Palm and RIM when they slipped into decline.

Even 1980s IBM showed all the signs that a failure was coming, but people simply chose not to see them until they were so incredibly evident the problems couldn’t be ignored — but by that time it was largely too late, and the catastrophe was unavoidable.

IBM made the biggest layoffs in history and emerged as a very different company, and it took two CEOs to fully restore its health.

When Apple reached its crisis point — it was within months of going bankrupt — the board took the critical step of bringing back a guy who had been fired for attempting a mutiny just a few years earlier, and who had been actively bad-mouthing the firm just shortly before it purchased NeXT. The members of that Apple board were desperate, and they were damn lucky their bet paid off. Had Jobs cratered Apple, they would have looked like total idiots. This is to say you don’t see boards take that kind of risk very often.

Palm crashed and burned, and RIM hasn’t recovered yet.

Wrapping Up: The Irony

The irony is that the very thing that is holding up Apple’s image and keeping people thinking positivelyabout the company may guarantee that corrective action won’t be taken before it’s too late. If RIM and Nokia pass Apple, it will be because they were able to repair their image, creating something closer to the asset Apple currently has.

So, the same thing that will ensure recovery for RIM and Nokia is at the core of what may lead to Apple’s unavoidable fall. This likely reveals more about how we are wired than why any of these companies are in the places they currently occupy. As it turns out, positive perceptions can be a huge asset, but they can also delay corrective action to a near fatal point.

Product of the Week: ThinkWare Black FXD700 In Car DVR

I’m having a bit of a midlife crisis, which is reflected in the fact that I’m building a car I would have loved to have had when I was in my teens. It is a fully tricked-out older Jaguar XKR, and at CES I found the perfectunusual toy for it. While on the road, I often see folks doing crazy or foolish things I’d like to record on video, or I simply want to capture the magic of a mountain drive. However, most of the digital cameras designed to do this really look like crap, and you’d never permanently install them in your car. More important, even if you did, the camera likely wouldn’t be running when you needed to capture that critical scene. 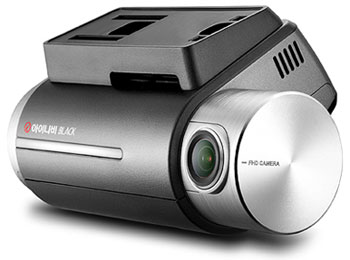 At CES, I found the perfect product: the ThinkWare Black FXD700 In Car DVR. It’s good-looking enough to install in your car, but that’s not all. Knight Rider fans will immediately notice its lightdisplay running on the front — it looks just like the light in KITT’s grill. (KITT is the intelligent Trans Am in the show.)

Thinkware’s DVR runs all the time, capturing an HD image perfect for YouTube. When you seesomething, you hit a button, and it shifts several minutes of what it has already recorded to permanentstorage. It also does this automatically if the car behaves like it has been in an accident, which could be huge if the person who hit you argues you hit them. (I had a friend who was backed into by an older women at a stop light and she subsequently accused him of both hitting her and fleeing the scene. He left because he got tired of her yelling at him, which turned out not to be such a good idea).

You often want what you can’t have, and until ThinkWare finds a U.S. distributor or reseller, I can’t havethis product — but the FXD700 is still my product of the week.