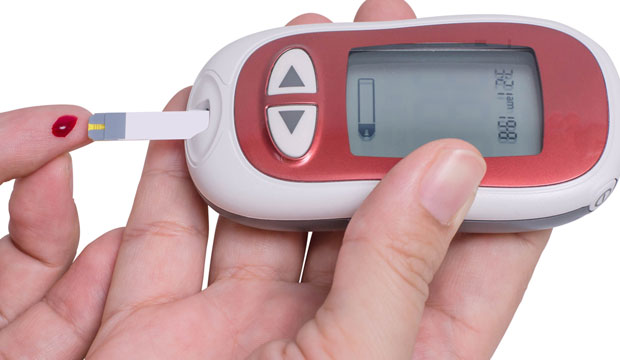 Apple is working on a secret project to develop wearable devices that can monitor the blood sugar of diabetics without using invasive finger sticks, part of a vision that originated with company founder Steve Jobs, CNBC reported earlier this week.

Apple has assembled a team of biomedical engineers from various companies to work on the project, according to the report.

Cor, a company Apple acquired in 2010, has been working for more than five years on a way to integrate noninvasive glucose monitoring into a wearable like an Apple Watch device.

Glucose monitoring traditionally has required that diabetics use lancets to pierce their fingertips at least four times daily, measuring blood glucose levels before and after meals, when waking up, and before going to bed.

Many Type 1 diabetics wear pumps to deliver insulin, and they sometimes test up to 16 times a day.

One of the benefits of continuous glucose monitoring, or CGM, is to warn diabetics when blood glucose is rising or falling rapidly. Hypoglycemia can result when glucose levels fall below 70 milligrams per deciliter. Hyperglycemia, a rapid rise of blood glucose, can lead to ketoacidosis or, worse, a diabetic coma.

Apple reportedly has begun feasibility studies in the Bay Area and has retained consultants to help with regulatory issues.

Managing diabetes has been a rapidly evolving focus in both the smartphone and wearable device markets.

“Today most wearables are consumer products, but there’s an untapped opportunity in the medical community,” he told TechNewsWorld.

The overall diabetic testing market will reach US$17 billion in 2021, up from $12 billion in 2016, ABI has estimated. Revenue from CGM devices is expected to increase at a compound annual growth rate of 41 percent. More than 9 million wearable CGM devices are expected to ship by 2021, and wearable device makers like Apple and other competitors want to get a bite of that market.

Apple has an existing partnership with Dexcom, which offers the G5 continuous glucose monitor. It allows Apple Watch users to monitor their blood sugar using an app that syncs with iPhone.

Many CGM devices have accuracy issues and require frequent calibration with blood glucose sensors. However, regulators last year found the G5 readings were accurate enough to require calibration just once every 12 hours.

Abbott’s Libre blood testing system has a sensor worn on the upper arm up to 14 days at a time, which measures interstitial fluid under the skin every minute. The system originated in 2014 in Europe and now is available in 30 countries worldwide; it is under review by the U.S. Food and Drug Administration.

Medtronic, one of the leading makers of diabetic insulin pumps and continuous glucose sensors in the U.S. last year received approval in Europe, Latin America and Australia for its Guardian Connect device, according to company spokesperson Danielle Swanson. The device currently is under review by the U.S. Food and Drug Administration.

The app, which is being rolled out on a country by country basis, initially was made for the iOS system. Medtronic will release an Android version at a later date.

Under a partnership announced last year, Medtronic will offer glucose tracking on Fitbit’s iPro2 mLog mobile app, using data from Medtronic’s iPro2 professional CGM system, to give patients a record of their exercise and blood glucose levels. The app is available for both iOS and Android mobile devices.

The same technology is being developed for a variety of other uses, such as taking measurements related to athletic performance and measuring oxygen depletion in patients. The patch would last up to 14 days before needing to be changed.

The company signed a letter of intent with a China-based Shenzen CAS Health Corp. in a joint venture to manufacture and distribute the sensors in China, pending regulatory approval.

“We have designed sugarBEAT around the needs of the user,” Nemaura Medical Director Bashir Timol told TechNewsWorld. “Accordingly, the primary interface is the app accessible on users’ existing smart device.”