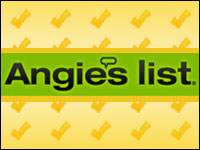 Wall Street has been in a foul mood over Internet stocks, and online professional recommendation company Angie’s List has not escape the market’s wrath. Its stock fell 15 percent on Tuesday — a selloff that appears to be largely related to the end of a 90-day lockup period for shares issued in a secondary offering earlier this year.

This alone is not necessarily a blanket rejection from Wall Street.

“It’s not completely uncommon to see drops like we saw in Angie’s List after a lockup period expires,” Andrew Thrasher, an investment analyst with Financial Enhancement Group, told the E-Commerce Times.

“You essentially have a built-in group of potential sellers who have had to sit on the sidelines since the IPO — and in Angie’s List’s case, that amounts to 44 percent of common share ownership,” he explained.

Still, Angie’s List stock could hardly be called a high-performer. Since going public in November 2011 at US$13 per share, it has fallen 13 percent. After the selloff on Tuesday, the stock closed at $11.17 per share.

At least some of this can be attributed to the company Angie’s List keeps — that is, it is among a handful of Internet companies that went public last year amid much fanfare and eventually lost their allure. Facebook and Groupon — but not LinkedIn, which is proving to be an exception — fall into this category.

“Social media stocks have been out of fashion as of late, with companies like Facebook down over 40 percent and Groupon down over 70 percent year to date,” Thrasher said.

“When a company like Angie’s List is unable to earn a profit in 17 years, it’s not hard to imagine why investors would feel the way they apparently do towards the stock,” he remarked.

Angie’s List, which has been heavily advertising its services on television, online and in magazines for the last several months, has a straightforward business model: It recommends all kinds of local service providers for home maintenance and other consumer needs. It recently added recommendations of doctors, dentists and holistic health providers to the mix.

Customers can post reviews about the quality of service they received on the site. Angie’s List gets its revenue from the user subscription fees and vendor advertising.

Besides having a straightforward business model, Angie’s List has managed to carve out a niche for itself as an “honest broker” in a space where manipulation and abuse run rampant. Consumers have a high level of trust in the recommendations, and the service providers are loath to do anything to tarnish their reputation on the site.

Not everyone is sold on the model though, or believes in its “honest broker” reputation.

“Angie’s claims it is different because the pay-for-advice nature of the service results in better quality reviews,” Robert Steinberg, chair of the mergers and acquisitions group with Jeffer Mangels Butler & Mitchell, told the E-Commerce Times.

Free Is the Competition

Worse, though, is the fact that Angie’s List’s competition is similar services that are free, Steinberg continued.

“As has been the problem for newspapers, music publishers and other services — charging for things that people are used to getting for free is not a winning business model unless you can show what is offered is substantially superior to the free version,” he pointed out.

“It is especially hard when the service is not clearly superior,” said Steinberg. “Angie’s List reviews are not clearly better or worse than any other reviews, and unless they can prove this and prove that the service is significantly more valuable than what is available for free, they face an uphill fight.”

Angie List’s is also struggling with the legacy of its IPO, as the fallout from the secondary offering illustrates. The original valuation “was ridiculous,” Steinberg said.

“They went public at a market cap of about $750 million with a huge operating and net loss and annual revenues of less than $100 million,” he observed. ” Moreover, they have never been profitable and have shown increasing losses as revenues increased.”

Essentially, the stock could only stay at its IPO valuation if everything went perfectly in terms of business execution, he said, but “expiration of lockups this week only exacerbated the situation.”

Angie’s List did not respond to our request for further details.