Despite the publicity about Edward Snowden’s controversial leaks, only 43 percent of 607 English-speaking adults surveyed in January had heard a lot about government surveillance efforts, and another 44 percent had heard a little, according to a report released Wednesday by the Pew Research Internet Project.

How can this make sense?

There’s a “wide disparity” in users’ expectations that’s informed by their experience and that of people close to them, Charles King, principal analyst at Pund-IT, told TechNewsWorld.

“The Snowden case certainly opened up the window on the shadowy dealings of … government surveillance efforts, but I think it’s difficult for many or most people to understand how these revelations affect them personally — compared to, say, the impact of massive identity theft at Target and Home Depot,” he explained. 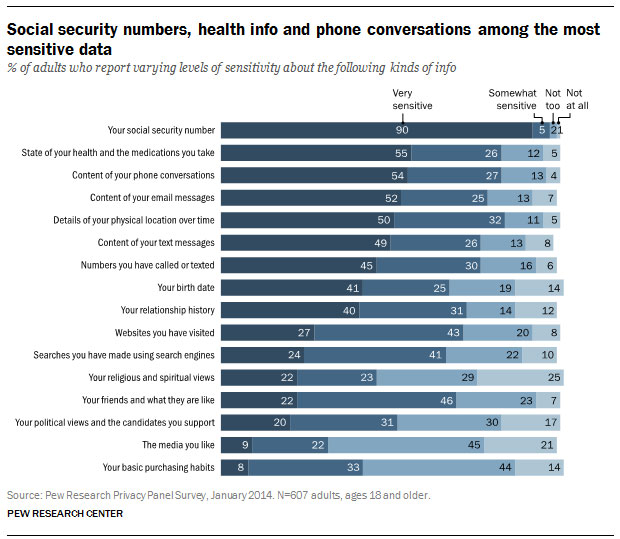 “It would be interesting to poll the same participants now to see if their concerns have changed in any way,” King said.

Yet 55 percent of respondents said they were willing to share some information about themselves with companies in order to use their online services for free.

On the other hand, 61 percent of the adults surveyed disagreed or strongly disagreed that online services were more efficient because of the increased access the services had to people’s personal data.

Eighty-one percent of the respondents did not feel very secure — or at all secure — using social media sites to share private information with another trusted person or organization, Pew found. 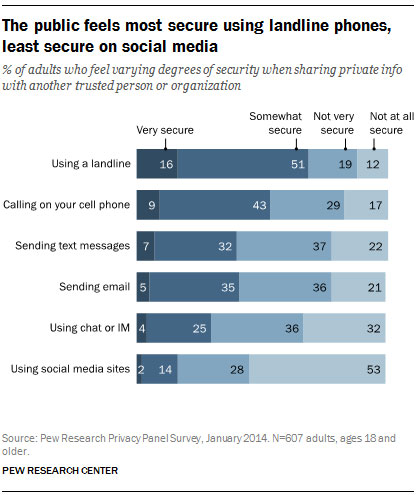 “If the privacy that’s promised results in people not having access to sites they want to access, they’ll say to hell with privacy, because they know there’s so much data that’s being collected about them from sources other than the Internet,” he pointed out.

Fifty-eight percent of the respondents who downloaded apps preferred free, ad-supported apps over paid ones, found a Zogby poll conducted in October, but 71 percent of them agreed that tools providing them transparency and choice regarding relevant ads and data collection should be available when they go on the Web.

Reflections on the Findings

“It’s alarming that only 43 percent of the respondents [to the Pew poll] had heard a lot about government surveillance and only 44 percent had heard a little,” said Chris Rodriguez, a senior industry analyst at Frost & Sullivan.

“There was massive media coverage and a lot of attention around the Snowden leak, and there have been additional stories about some of the NSA’s activities,” he told TechNewsWorld.

The dichotomy in people’s attitudes toward collection of data by governments and businesses also troubles Rodriguez, but “over the long term, people will just go with the flow,” he said. “Younger people have grown up with being public on the Internet as their culture, and I think [data collection] is going to increase.”