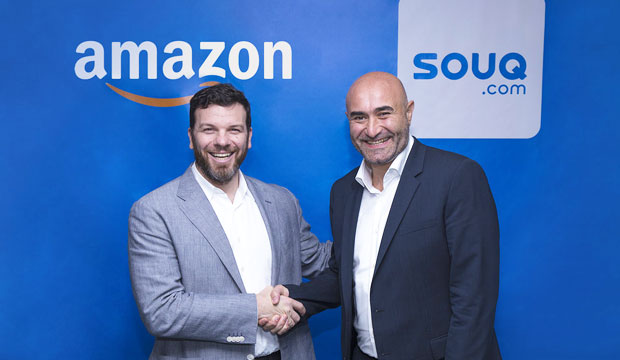 Amazon on Tuesday confirmed that it has agreed to buy Souq.com, the leading online retailer in the Middle East, reportedly edging out rival Emaar Malls’ US$800 million offer.

Terms of the agreement were not disclosed, but Amazon reportedly agreed to pay less for Souq than Emaar had offered.

Souq, led by cofounder and CEO Ronaldo Mouchawar, claims to be the largest online retail and marketplace platform in the Arab world, selling more than 8.4 million products across 31 retail categories.

With regional operations in Egypt, the United Arab Emirates and Saudi Arabia, the Souq.com site attracts more than 45 million visits per month.

The agreement marks the latest effort by Amazon — the largest e-commerce retailer in the U.S. — to expand its overseas presence, where it has shown huge potential to grow in untapped markets.

Amazon looks forward to learning about the market from Souq, while supporting it with Amazon technology and global resources, said Russ Grandinetti, senior vice president for the international consumer market at Amazon.

Souq, which is headquartered in Dubai, provides a very high margin e-commerce site that sells heavily in the UAE and associated countries, noted Michael Jude, a program manager at Stratecast/Frost & Sullivan.

“It would seem to be a perfect high margin target for Amazon,” he told the E-Commerce Times. “Amazon has been looking to buy into e-commerce in non-U.S. territories in order to avoid some of the competitive issues that other Web services have encountered, like Facebook and Google.”

Amazon decided to go the acquisition route rather than enter on its own, in part due to the regional business culture in the Middle East, noted Daniel Knapp, senior director, TMT research and analytics at IHS Markit.

Trust and interpersonal relationships play a major role in getting deals done, he told the E-Commerce Times.

Souq has developed a deep set of relationships in the region in its12 years of operation. It got its start in the wake of several key regional business developments, including the 1999 launch of Dubai Internet City in 1999, and legislation that established security and other related guidelines for e-commerce in the UAE in 2002.

Souq earlier this year completed the largest round of e-commerce financing in the history of the Middle East, raising $275 million from investors led by Tiger Global Management in New York and Naspers of South Africa.

Souq added several strategic investors, including Standard Chartered Private Equity, IFC and Baillie Gifford. The funding was to be used for investment in new technology, the scaling up of operations, new product categories and new hires.

The regional e-commerce market is said to be worth around $20 billion.

However, populations in the Gulf and other surrounding markets often are concentrated in urban areas, and shopping inside malls is very popular, due in part to local climate issues, Knapp pointed out.

“Shopping itself is not seen as a cumbersome act but something of a leisure activity,” he said.

Souq last fall launched a fulfillment operation for local and international sellers through a new service called “Fulfilled by Souq.” Shortly thereafter, it announced it had invested in InstaShop, a hyperlocal grocery app based in Dubai, which offers 30-minute grocery delivery to local residents.

Souq recently launched same-day delivery in Dubai, also through Fulfilled by Souq, with plans to add additional markets in the future.

Dubai, one the biggest commercial and retail hubs in the region, is home to several major U.S. technology firms. Emaar Malls has a total of 5.8 million square feet of leasable space in Dubai and operates the Dubai Mall, which it trumpets as the world’s largest shopping and entertainment complex.

The Amazon-Souk.com agreement is expected to close later this year.