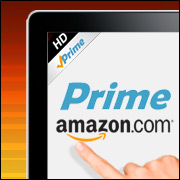 A pillar of its Prime ecosystem, Prime Video, was incompatible with Apple TV and Google’s Chromecast, the company suggested.

It made the decision to “avoid customer confusion,” according to a statement provided to the E-Commerce Times by Amazon spokesperson Pia Arthur.

Other devices with streaming capabilities, such as Roku set-top boxes, and PlayStation and Xbox gaming consoles, would continue to be available on Amazon, the company said.

The news of Amazon’s competitive play against its rivals came just after the company announced that it had secured three new summer series from CBS.

The move also followed reports that asubscription version of Google’s YouTube was imminent, as well as rumors that Apple was scouring Hollywood in an effort tosecure original content for its refreshed Apple TV.

As for incompatibilities between its Prime content and Apple TV and Chromecast, Amazon has had time to address those issues. Google opened up Chromecast’s software development to third parties back in February 2014.

On the other hand, Apple made a similar move earlier this year with Chromecast, noted Jim McGregor, principal analyst atTirias Research. Also, Apple recently turned down Google’s request to create an Apple Music app for Chromecast.

What Amazon’s move really boils down to is a power play in a turf war in which each of the major players is seeking leverage, according to Andy Abramson, CEO ofComunicano.

Amazon and Apple soon will begin producing and distributing a caliber of content that previously was available only through traditional networks, he told the E-Commerce Times.

“In turn, they each want the eyeballs on their networks to be able to generate revenue from a variety of sources: ad sales, product sales, sponsorships,” Abramson said. “In order to do that, their apps and devices need to be widely available, so I don’t see this as a forever situation, but more gamesmanship.”

Amazon’s decision to boot Apple’s and Google’s devices out of its storefront likely won’t have a significant impact on sales of Chromecast or Apple TV.

“At the end of the day, this is also just negotiation tactics,” said Abramson. “The Apple and Google devices are easily obtained direct from each of them, so I don’t see it hurting either company’s sales.”

The larger issue is what happens when cable and satellite companies want a piece of the pie for revenues lost due to “eyeball defection and ad revenue deflation,” Abramson said. “When that day comes, expect access to cable and wireless services to increase, not decrease, unless they get some piece of the pie.”

What Goes Around Comes Around: Russia Gets Hacked