5G Could Mess With Accuracy of Weather Forecasts 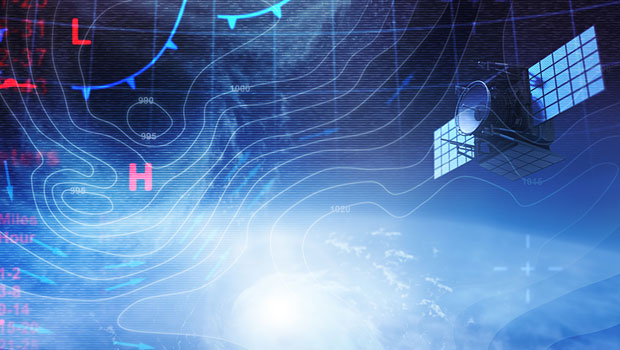 Next-generation 5G mobile communications technology could have a harmful impact on weather forecasting in the United States, based on expert testimony presented before a U.S. House committee during a hearing on the future of weather forecasting.

Interference from 5G wireless phones could reduce the accuracy of weather forecasts by 30 percent, said Neil Jacobs, Acting Under Secretary of Commerce for Oceans and Atmosphere at NOAA. Jacobs made the remarks to members of the Environment Subcommittee of the House Committee on Science, Space, and Technology.

The effect would be to return forecasting accuracy to 1980s levels, Jacobs added.

Consumers and government agencies rely on accurate weather information, and it also can be important for disaster preparedness and recovery, noted the Aerospace Industries Association, an industry advocacy group, in a letter to the committee.

“Unfortunately, today’s spectrum reality could directly impact the future of accurate weather readings,” the association continued. “Spectrum is a finite resource and as the Federal Communications Commission (FCC) looks to free up spectrum for emerging technologies like 5G, the risk of interference with existing users rises, in both the incumbent band and the adjacent bands.”

The risks to weather forecasting came to light as the FCC prepared to auction off the 24 GHz spectrum, according to the letter.

“While it was a multi-year process to get to the auction itself, it is unclear if the proper testing to ensure that harmful interference with weather equipment in the directly adjacent band would not take place had been conducted fully,” the organization asserted.

Just days before the House hearing, two Democratic senators, Ron Wyden of Oregon and Maria Cantwell of Washington, sent a letter to FCC Chairman Ajit Pai requesting that he block any companies from operating in the 24 GHz band until weather forecasting operations were protected.

“To continue down the path the FCC is currently on, to continue to ignore the serious alarms the scientific community is raising, could lead to dangerous impacts to American national security, to American industries, and to the American people,” the senators wrote.

The FCC began auctioning spectrum in the 24 GHz band despite the objections of NASA, NOAA and members of the American Meteorological Society, Wyden and Cantwell pointed out. Those organizations asserted that the out-of-band emissions from broadband transmissions in the 24 GHz band would disrupt the ability to collect water vapor data measured in a neighboring band used by meteorologist to forecast the weather.

“The national security and public safety implications of this self inflicted degradation in American weather prediction capabilities would be significant,” the senators wrote.

They cited a U.S. Navy report released in March, which found the amount of interference to weather satellites permitted by future commercial broadband uses in the 24 GHz band at the FCC’s emission levels would result in increased risk in flight and navigation safety, as well as degrade battle space awareness.

The wireless industry has voiced strong opposition to any delays in auctioning the 24 GHz spectrum.

“The Federal Communications Commission began looking at the 24 GHz band five years ago and put rules in place more than a year ago,” said Meredith Attwell Baker, CEO of the CTIA, which represents the U.S. wireless communications industry.

“During that time the commission conducted an exhaustive review of all factors, consulted all relevant agencies, and balanced interests appropriately,” she continued.

“An auction delay will not change the outcome of that review,” Baker maintained. “It will have the sole effect of risking America’s global technology leadership by slowing down the deployment of next-generation 5G networks.”

“This is an absurd and dangerous distraction that risks America’s 5G leadership in order to protect weather sensors that do not exist and that the government has no plans to launch,” CTIA Senior Vice President Nick Ludlum said.

“The rules for the 24 GHz band were developed by the FCC in consultation with NASA, NOAA and many other federal agencies over the past five years,” he maintained. “Changing them now undermines President Trump’s 5G strategy while doing nothing at all to protect actual weather data.”

Influenced by Money and Politics

Despite the concerns raised by the scientific and military communities, it seems unlikely they will slow down the carriers’ implementation of 5G.

“I don’t doubt that there may be some issues with the frequencies that close together, but I doubt that this will change the rollout of 5G,” said Phoenix-based Jim McGregor, principal analyst at Tirias Research, a high-tech research and advisory firm.

“You have to realize that to get to 5G bandwidths, carriers are using a combination of technologies and frequency bands,” he told TechNewsWorld. “This may not even impact all of the carriers equally.”

The FCC should suspend the 24 GHz band auction until it solves this problem, maintained Charles King, principal analyst at Pund-IT, a technology advisory firm in Hayward, California.

“Despite the promotional yapping around 5G, sizable commercial availability is still some ways off,” he told TechNewsWorld.

“The FCC could halt or delay the auction while it clarifies the issue but instead is going for a symbolic win, since the 24 GHz auction is estimated to bring in seven times more revenues than the previous 28 GHz spectrum auction,” King said.

“We’ve seen previous auctions touted for political gain,” he added, “and I expect more than a little of that is infecting the FCC’s leadership and decision-making process.”

Problems arising from spectrum reallocation are nothing new, noted Bill Menezes, senior principal analyst at Gartner, a research and advisory company based in Stamford, Connecticut.

“Whenever spectrum gets reallocated, frequently there’s an existing use that may get affected, so the idea that this could happen is not unusual,” he told TechNewsWorld.

In the 3.5 GHz band, for example, there was an issue with interference with the Navy’s existing use of the spectrum for radar, so safeguards were imposed to prevent interference with naval operations. In the 5.0 GHz band, protocols were put in place to keep cellular users from infringing on WiFi users’ operations.

“When a frequency is adjacent to an incumbent’s, the FCC might set up a ‘guard band’ and say new users can’t stray into that band,” Menezes explained.

As for the 24 GHz band, he noted that problems there could reach far beyond weather forecasting.

“If you think of all the smart devices that are coming out for consumers and agriculture that rely on weather forecasting data,” Menezes said, “there’s a potential huge ripple effect if the effectiveness of that data is compromised.”