4th Time’s the Charm for Uncharted 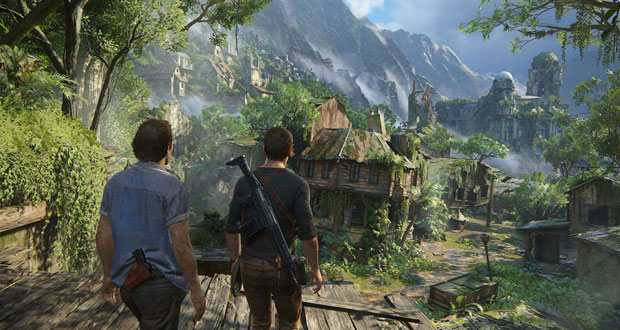 The game is the final title in the series, developerNaughty Dog has said.

It seems that the studio went out all to ensure that the saga ended on a high note. It is not only among the best of the Uncharted titles, but also among the best yet released exclusively for the PlayStation 4, according to reviews.

The game’s hero jumped into action with the 2007 release Uncharted: Drake’s Fortune for the PlayStation 3. It sold 2.6 million copies worldwide, and Kotaku and IGN named it game of the year.

It also marked a departure from the somewhat lighter fare Naughty Dog had been publishing. The studio, which was founded in 1985 and was acquired by Sony Computer Entertainment in 2001, had produced the Crash Bandicoot and Jak and Daxter series, before turning to the more mature Uncharted series.

Reviewers highlighted the gameplay and storytelling in Uncharted 4.

“Uncharted 4’s set-pieces are the best in the series, and among the best-coordinated stunts in the medium,” Mike Mahardy of GameSpot noted. “Just when you think Uncharted 4 might settle into a steady rhythm, it throws something new at you with high velocity and incredible power.”

The game manages to blur the line between game and movie, creating a cinematic yet interactive experience, reviewers noted.

“The performances, both voice and motion capture, are some of the best that have ever appeared in a video game,” Jacob Siegal wrote for BGR.

“Almost every aspect of the game feels bigger and more refined,” The Verge’s Andrew Webster said.

The Bad With the Good

Despite the overall praise, Uncharted 4 falls short in a few areas.

“Uncharted 4 doesn’t change the formula much; it’s still a third-person action game with a bit too much shooting and a whole lot of cutscenes,” noted Webster.

“There are minor mechanical problems: the cover mechanic can send you to the wrong obstacle or wall in the middle of firefights,” GameSpot’s Mahardy noted.

On the surface, Uncharted succeed because it wasn’t genre defining as much as a genre refining; it did better what other games had already done. Its focus on story rather than just puzzle solving and action sequences is what made it compelling beyond just the hardcore game audience.

“This is where Tomb Raider should have gone,” said Scott Steinberg, principal analyst atTechSavvy Global.

“Uncharted became an immensely popular action adventure series as it connected with mature audiences that was more than just shooting and jumping,” he told TechNewsWorld.

“It had an appeal that was much like a feature movie,” Steinberg added. “In doing so, it became Sony’s flagship action title, but appealed to more than action gamers.”

Few video game franchises have managed to go the distance, like Final Fantasy, as many falter by the third or fourth outing.

“There’s a strong case to be made to end a franchise at its peak, rather than trying to update it indefinitely,” said Joost van Dreunen, principal analyst SuperData Research.

One factor is the cost to produce such games today, and while with risk comes the potential for reward, Sony and Naughty Dog may not have wanted to risk tarnishing the brand.

“For a franchise like Uncharted, I can foresee significant difficulty in trying to transition away from the traditional console publishing model,” van Dreunen told TechNewsWorld.

“For one, it would be a detriment to the game and its rich narrative universe to move to microtransactions, for instance,” he added. “At the same time, it may be an indication for both the developer and publisher that digitalization have made the decision to embrace the reality of digital distribution, and develop within the confines of that new reality.”

With the end of the line for this series, Sony risks losing a cash cow, but there is the potential for re-releases — as was done with Uncharted: The Nathan Drake Collection for the PS4, a remastered collection with some technical improvements and enhancements.

“Our early impressions of the game and the growing amount of critical acclaim across the industry suggest that Uncharted 4 is going to perform well; I expect different interpretations of Nathan Drake and his adventures to appear on other platforms shortly,” suggested van Dreunen.

“It is surprising that they would end the franchise, especially when there is so much affinity for the lead character,” TechSavvy Global Steinberg said.

“But it is clear that the creators want to go out on a high note, and perhaps they feel that his story has been told to completion,” he added.

“They may just be taking a temporary hiatus,” noted Steinberg. “There is a history and adventure behind them, but it would be shame not to have adventures ahead as well.”